Singapore International School sponsored five teams to participate in the Hanoi Youth Football League (HYFL) this year. We had two teams in the U11 league, two in the U13 and one in the U15. The cost of sponsorship was US$600 per team. The teams played a game each Sunday against other schools in the area.

The staff at SIS believe the social social skills developed during team events to be most beneficial to our students both now and in the future. Should the children go to study overseas they will easily make friends and develop a healthy lifestyle through the sports they learned at SIS.

This year SIS received “Fair Play Trophy”. This was for their constant positive attitude throughout the season, the respect they showed to referees, coaches, and other teams. We are very proud of them! At SIS teaching virtues is very important and is a part of the curriculum. We want our students to develop into responsible adults who will contribute towards a brighter future. 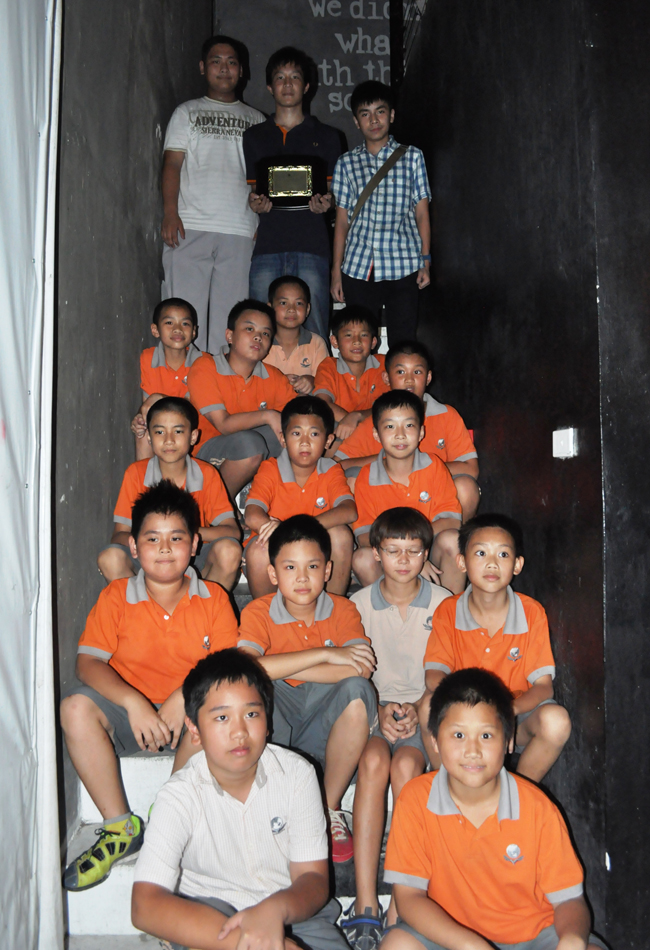 Abraham the father of one of our players said, “Adam has learned hands on (or should I say: feet on) about team spirit and effort.”

Gary Mundi, one of the organisers of the HYFL also said, “SIS were awarded the HYFL Fair Play trophy because their teams played the game with a consistently positive attitude, whatever the result of the match. The SIS players were excellent role models for the other HYFL teams both on and off the pitch and we wanted to acknowledge the tremendous contribution that they have made to all age groups this season.” SIS = Eastern Values (Respect) – Western Education (Team Work)